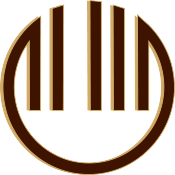 The Competition received about 100 entries from 24 countries. As the result of preliminary audition by audio cassettes, 41 pianists from 16 countries were selected to participate in the competition. A total of 26 participants from 12 countries (Georgia, Russia, Ukraine, France, Israel, Italy, USA, South Africa, Netherlands, China, Germany, Korea) took part in drawing of lots. The Competition is traditionally held in Four Rounds. Drawing lots for performance order and Press Conference were held on 2 October, Conservatoire Grand Hall (foyer). Opening Ceremony and the audition of the three rounds were held at the Conservatoire Grand Hall. The program of festive Opening Concert featured Tbilisi State Conservatoire Student Orchestra, conductor - Lev Markiz (The Netherlands), Artistic Director of the Student Orchestra, Honorary Professor of Tbilisi State Conservatoire and Mr. Michel Dalberto, French pianist, a Jury member. The Fourth Round, Awarding Ceremony and the Prize-winners’ Gala Concert took place at the Dj Kakhidze Tbilisi Center for Music and Culture. The finalists were accompanied by the Tbilisi Symphony Orchestra.  under the baton of Maestro Jean- Bernard Pommier (France). In the framework of the Competition traditional International Piano Masterclasses were organised. On 9 October, 2005 prominent musicians - Dmitri Alexeev (Russia-Great Britain) and Oleg Maisenberg (Austria) conducted masterclasses at the Conservatoire Recital Hall. 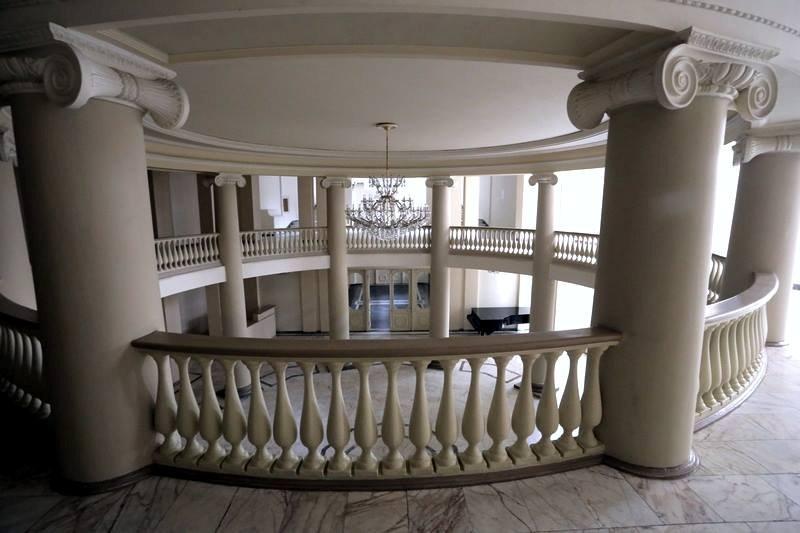 The Grand Hall of the Conservatoire was built between 1938 – 1941. The festive inauguration of the Hall (after its reconstruction; architect Sh. Tavadze took place on January 28, 1942. Since then the Hall has become one of the significant centers of concert life of Tbilisi. In different years outstanding Georgian and foreign musicians appeared on its stage. Among them are: V. Ferero, S. Richter, D. Oistrach, E. Gilels, L. Kogan, G. Neighaus, M. Rostropovich, E. Obraztsova, N. Gutman, L. Leonskaia, A. Virsaladze, D. Andghuladze, N. Andghuladze, T. Amirejibi, E. Virsaladze, L. Isakadze and many others. Since early 60s the traditions of guest musicians’ tours has been restored that was caused by “warming” of political situation in Georgian. In 1963 the three manual and fourty register “Alexander Schuke Potsdam” organ was installed in the Grand Hall. In the 80s during the political and economical crisis in Georgia the Hall stopped its functioning. In the second half of 90s the restoration of the Hall began under the initiative of Prof. Manana Doijashvili, the rector of the Conservatoire at the time. Since 1997 the Hall again has turned into the major cultural centre of the capital. It seats an audience of 500 and has superb acoustic qualities providing the facilities for chamber music and symphony concerts. Its revolving stage and pit for orchestra allow opera performances. The Hall prides itself on two “Steinway & Sons” concert grand pianos. Besides it has digital audio-recording studio facilities which meet all modern international standards.
Since 1997 the Grand Hall has hosted annual international festival, New Year Music Celebrations, which features concerts of outstanding contemporary musicians, The Grand Hall, also, hosts various concerts of classical and folk music, International Symposia on Traditional Polyphony and cultural events like the Georgian Competition of Musician-Performers and the Tbilisi International Piano Competition. 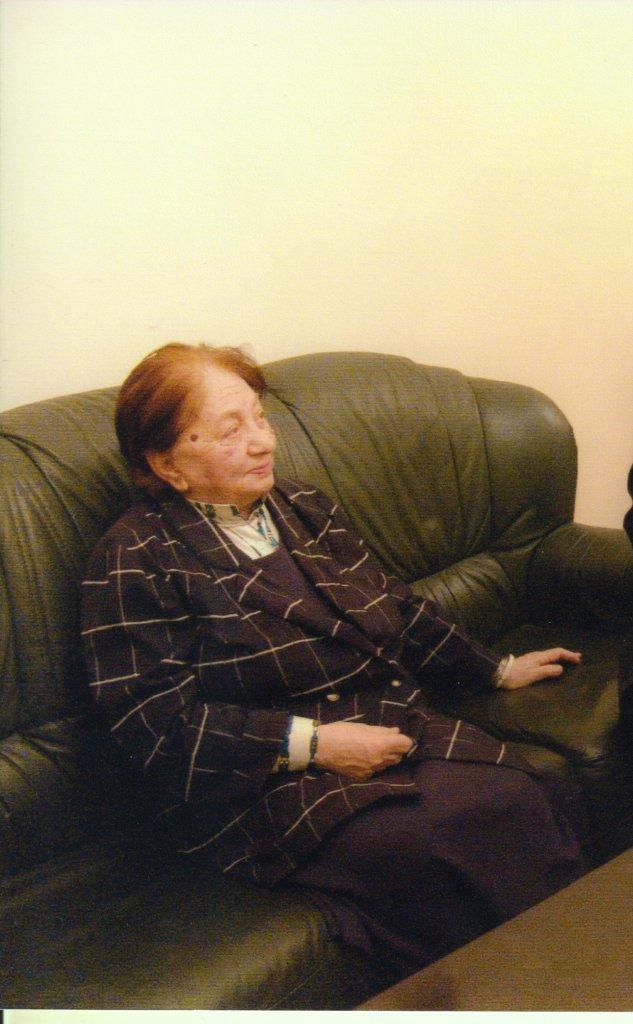 Mary Davitashvili (1924-1914) - a composer, Peoples’ Artist of Georgia, Sh.Rustaveli State Prize Laureate, Professor at the V.Saradjishvili Tbilisi State Conservatoire. She graduated from the V.Saradjishvili Tbilisi State Conservatoire In 1946 where she studied with the eminent Georgian composer Anton Balanchivadze. In 1962-1992 she was Secretary of the Georgian Composers’s Union.
M.Davitashvili is an acknowledged master of children’s music. From 1973 she was intensively involved into pedagogical activities both at the Tbilisi State Conservatoire and at the Z.Paliashvili Georgian Music Gymnazia. She raised a number of generations of musicians. It’s worth mentioning her active collaboration with the organization “International System of Music Education” (ISME) as well as her participation in different competitions and symposiums held in Switzerland, Russia, Czechoslovakia, Hungary, Bulgaria and other countries.
M. Davitashvili is the author of more than 500 works belonging to diffirent genres. Among them are: two operas “Kadjana” and “Natsarkekia”, a ballet “The Wedding of Sun”, three piano concertos, fantasy for piano and orchestra, poem for violin and orchestra, orchestral suites, vocal cycles based on Ana Kalandaze’s texts, piano cycles, a number of songs and others.
Her creative collaboration with theatre and cinema has proved to be very productive (films “Manana”, :Grandfather Gogia”, “Mtroba”; animated films: “Tsuna and Tsrutsuna”, “The Wedding of Jaybirds” and others).
Mary Davitashvili was awarded “Order of Merit” for her contribution into development of Georgian musical culture.

M. Davitashvili’s piano work “Khorumi”, selected for the competition as an obligatory work, was written in 1947. It was first performed in 1948, Tbilisi, by Ksenia Djikia, a student of Henrich Neuhaus, at the “Decade of the Soviet Union Music”. The work was published in 1951. The new edition was made in 2005.
“Khorumi” is an ancient folk battle round dance (5/8 measure) traditionally performed by men.
M. Davitashvili’s “Khorumi” is a very successful experience of arranging the traditional Georgian dance on piano. The composer has masterfully managed to express the elements of folk dance by using the piano texture and rich sound palette.

Denis ZHDANOV  (Ukraine)  was awarded Fourth Prize, US $ 4,000.
- Special   Award of the “Intellectbank” for the best performance of a classical sonata in the 2nd Round - US$1000

CONCERT ENGAGEMENTS FOR THE WINNERS:

Dmitri Alexeev - „I have been pleasantly astonished by high professional level of participants, by Georgian young pianists and by everything that has been taking place at the Tbilisi State Conservatoire. Any conservatoire in the world could only dream of such events and tmosphere. It can be said that there is a kind of „piano- boom“ in Georgia!”

Warren Thomson - „The level of performance was very high and it was evident that we had heard some real personalities who had given some very impressive performance... It was certainly a time that I will remember with enthusiasm far into the future... The 3rd Tbilisi International Piano Competition have got high recognition which was proved by hundreds of applications sent to the Competition from different countries of the world. Many contestants have demontsrated bright performing individuality that will provide them with opportunities to launch
their future careers most auspiciously“.

Dubravka Tomsic - “I would like to express my deep enthusiasm for the high level of the Competition and my sincere admiration for the talent of Georgian participants. Besides the Competition is perfectly organised”.

Maria Tipo - „I think that the level of the Competition is really high. I would like to emphasize in particular the average age of the participants . Many of them are between 16-18. The Georgian performers are really great!“

Noel Flores - „ I have served on the juries of many competitions and listened to many performers. The level of the Competition is very high. The impressions I received from the Competition are unforgettable. I have been pleasantly surprised by the interest of Georgiam audience towards the Competition and the culture of listening“.

Mark Malkovich III - „I was privileged to get to know the rich inner spirit of Georgians that is the most important and enduring quality of any nation. Manana Doidjashvili and her fantastic colleagues at the Directorate truly love music and musicians. They have gathered young artists from around the world-together with judges of highest reputation. The Competition is conducted on a world-class level“.

Yossi Ta vor - „I have been most enjoyed and impressed not only by the famous Georgian hospitality but by the high level of Competition, by the work of the Jury and by the organizational side which could be the subject of envy for any competition. It is my great pleasure to say that Georgian Piano School deserves an indeed serious attention and discussion. I deeply believe that the young generation of Georgian pianists we hear on the concerts will gain recognition and the number of outstanding Georgian pianists will increase. And of course, organizing competitions of high standards as the one I‘ve been to in Tbilisi demands certain efforts and enthusiasm. Mrs. Manana Doidjashvili‘s talent and significant pedagogical experience have helped her in making the right choice“.

Andrei Ustinov - „The Tbilisi Competition is the only competition in the post-soviet space which corresponds to the serious „laws“ of international competitions: regularity (it is held every four years), international competitors, the Jury (13) comprised only three representatives of the host country, impressive prize fund and many special prizes. The initiator and director of the Competition, Rector of the Tbilisi State Conservatoire , Prof. Manana Doidjahvili and her team start preparing for the next competition right after closing the previous one. All details are carefully studied. All events held in the framework of the competition are perfectly organized: commensing with balloting and ending with a
reception at the Ministry of Foreign Affairs and the Awarding Ceremony“.